Andragogy, meaning methods and principles used in adult education, has been around for over 100 years. Firstly coined by a German educator Alexander Kapp in 1833, it was extensively studied and popularized by an American educator Malcolm Knowles in the 1970s, and he is mostly linked to this learning theory.

From Greek, means man-leading and was coined as an opposite to pedagogy, from Greek meaning child-leading. It states that there are differences between teaching children and adults, and describes some of those ways in which .

In later years, Knowles recognized himself that some points in his theory did not apply to all adults, or that some applied to (some) children as well. He morphed his approach into a spectrum, a min-max scale between teacher-directed and student-directed. Later in his research, he advocated for assessing each case individually as to what extent what approach should be applied.

The below learning principles, as usual, received some criticism. Most scholars, however, still believe that the principles are widely applicable in a multitude of situations. I think if we look at our own experiences, and how we ourselves like to be taught and perceived by our teachers, it’s clear enough that the 6 Adult Learning Principles work in most of the teaching situations. 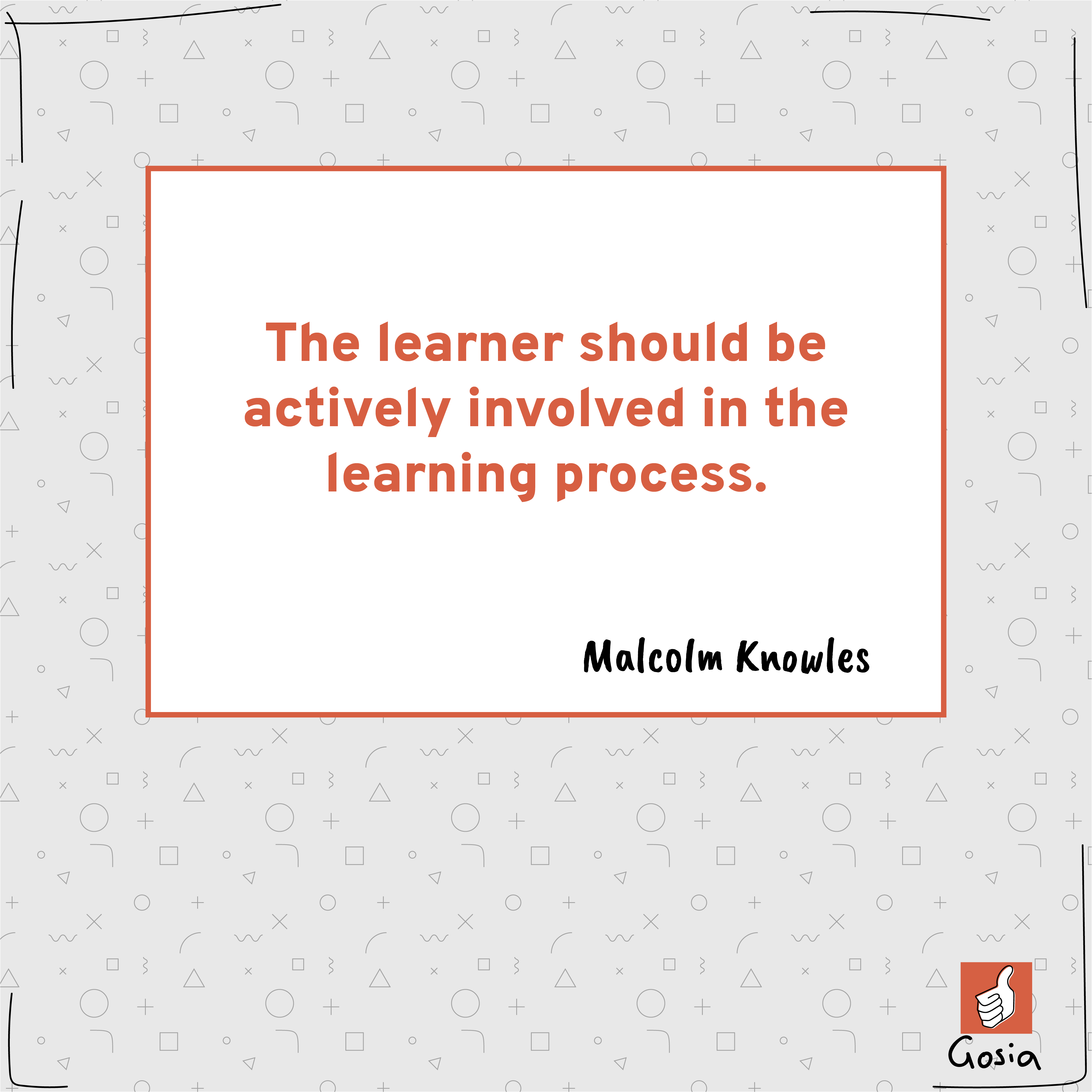 Contrary to children, they don’t need guidance to learn about the world, they already have an understanding of how the world works and how they fit in it. Their internal motivation for what they want to achieve usually directs their choices of what learning path they take. Adult learners mostly look at learning as a way of personal development, therefore they make choices based on what they want to do and where they want to be.

+ Set up activities that move from more to less gradually, at an appropriate pace.
+ Develop rapport and show interest via stories and exercises.
+ Inspire inquiries, questions, and brainstorming.
+ Provide regular and specific feedback.
+ Focus on projects, not separate tasks.
+ Add a variety of activities to suit all learning styles.

+ Based activities on real-life and believable events.
+ Find out about your students and adjust the material to “reach them.”
+ Inspire problem-solving and reflecting.

For children, learning equals uncovering the mysteries of the world. Adults aim to get certain skills or knowledge from most of their learning experiences. That means that those goals need to be clearly defined and fulfilled in learning to be adequate for adult learners.

+ Again, find out about your students and adjust the material to “reach them.”
+ Link activities to the personal goals of your students.
+ Provide information about how your material could enrich their lives.
+ Refer to their own experiences as much as possible.

The same goals from above need to be represented by the exercises and tasks of the learning experience. If the activities clearly contribute to what adult learners want to achieve personally, their motivation and engagement will be present, and the chance of successful completion of projects higher.

+ Inspire thinking, reflection, and brainstorming.
+ Add challenges and keep a sense of mystery.
+ Offer one-on-one help and leadership (but avoid giving answers at all costs).

Adult learners don’t like to faff about with silly metaphors or lots of descriptions that make little sense (except for scenario-based learning). It’s important to make sure that appropriate practical knowledge and activities are used to make learning experiences relevant and practical.

+ Use real situations and stories.
+ Explain the reasoning behind specific activities.
+ Promote active participation.
+ Explore projects instead of “dry” exercises.
+ Connect the activities with real-life situation where they could be used/applied.

Adults need to be respected and valued (and you can read more about why from Abraham Maslow’s Hierarchy of Needs, just click here). It’s more productive and effective to treat them as equals in the learning process, and give them the possibility to contribute. When their work is acknowledged, when they are treated as partners, their motivation grows.

Below you can download a handy cheat sheet that explains 6 Adult Learning Principles in a short form.

You always have a choice not to use the above principles, but it would be a poor choice not to, as they facilitate an adult-oriented and powered learning experience. Using the theory and practice of the principles, you can create the most supportive, logical, and applicable learning environment, learning activities, and other materials that you use to support the process of learning. This enables greater understanding and integration of knowledge, information, and experience.

So always take a look at the 6 Adult Learning Principles when you plan a workshop, a presentation, an information slide deck; and always use their guidance when you’re planning lessons, training events, or more. You will show respect, understanding, and support towards your students and give them the opportunity to progress in a natural and well-mannered way.